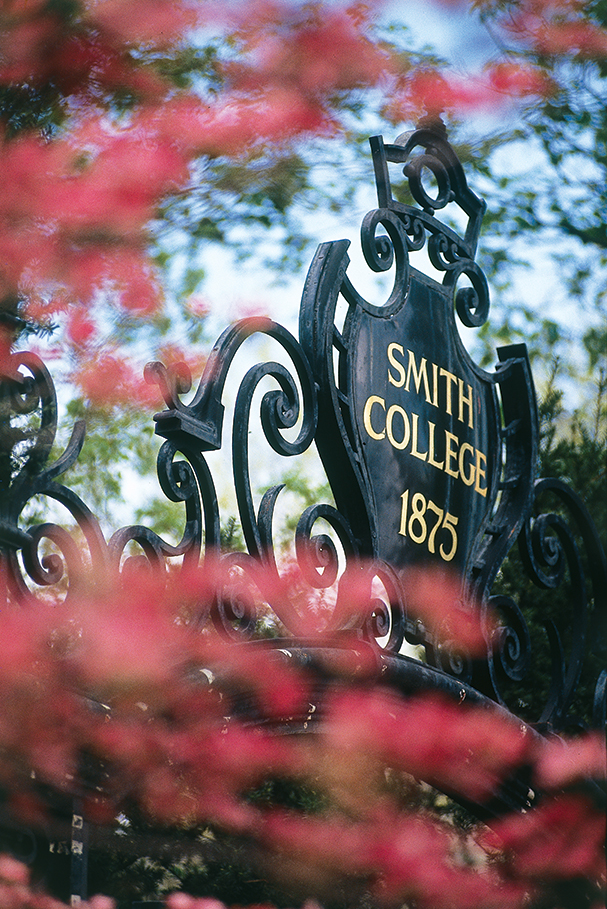 Mark your calendars! The Spring 2015 NEMLA meeting will be held on Friday, March 20th at Smith College, Northampton, MA.

Smith College was founded at a time (1875) when there were practically no choices for women who wanted an education equal to that available to men. The idea of such a college was a radical notion in 1871, but its success has been dramatic and undeniable. And for more than 130 years, Smith has stayed true to its mission of providing women with the best education available in the liberal arts and sciences. Today, Smith is among the largest women’s colleges in the United States, with students from every state and 60 countries. An independent, nondenominational college, Smith remains strongly committed to the education of women at the undergraduate level, but admits both men and women as graduate students.

Advance registration is now open for the spring meeting of the New England chapter of the Music Library Association (NEMLA). The meeting will take place at Smith College, Northampton, MA, on Friday, March 20th, 2015. If you plan to join us, please complete and submit the registration form by Tuesday, March 17th, 2015 for Early Bird registration.
Please be advised that lunch options will be limited at this meeting. Please feel free to bring your own lunch, but there is also the option to purchase a catered lunch in advance or purchase on at cafe on campus.

If this is your first NEMLA meeting, please also be sure to apply for funding by Tuesday, March 17th, 2015 from our NEMLA First Time Attendees Program. Please note that funding is regrettably not available for all first-time attendees, but we do strive to accommodate as many as we can on a first come, first served basis.

Meet at restaurant at 6pm, reservations will be under NEMLA.
RSVP with Zoe

If group is over 10 will look into other options.

Note schedule and times are subject to change.

Maps of Smith Campus and buildings

Please note: no food or drink are allowed in the recital hall. 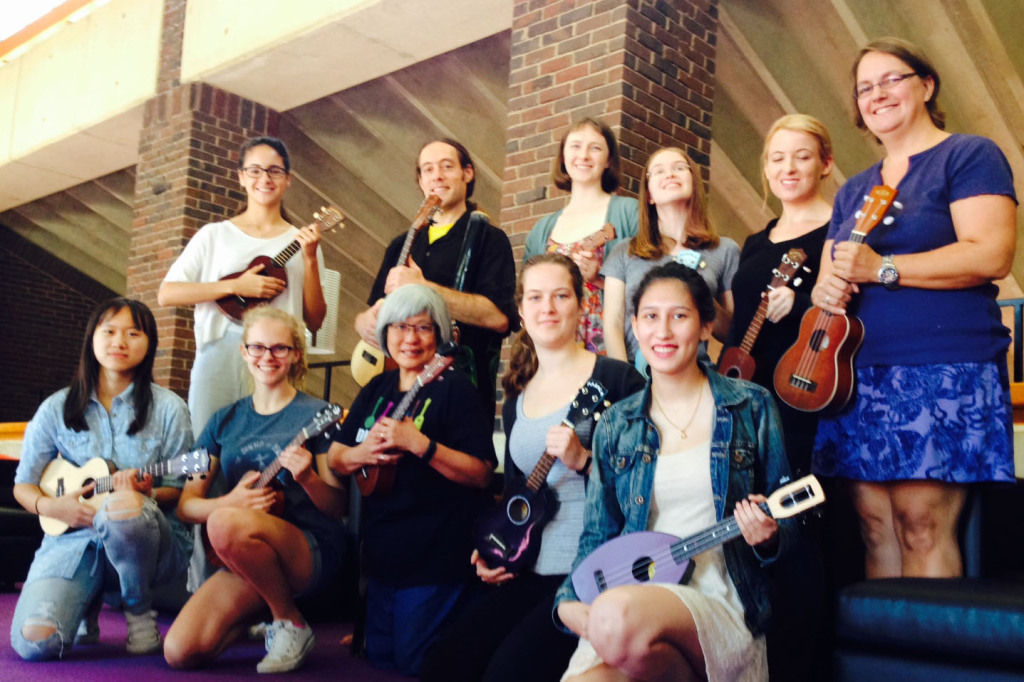 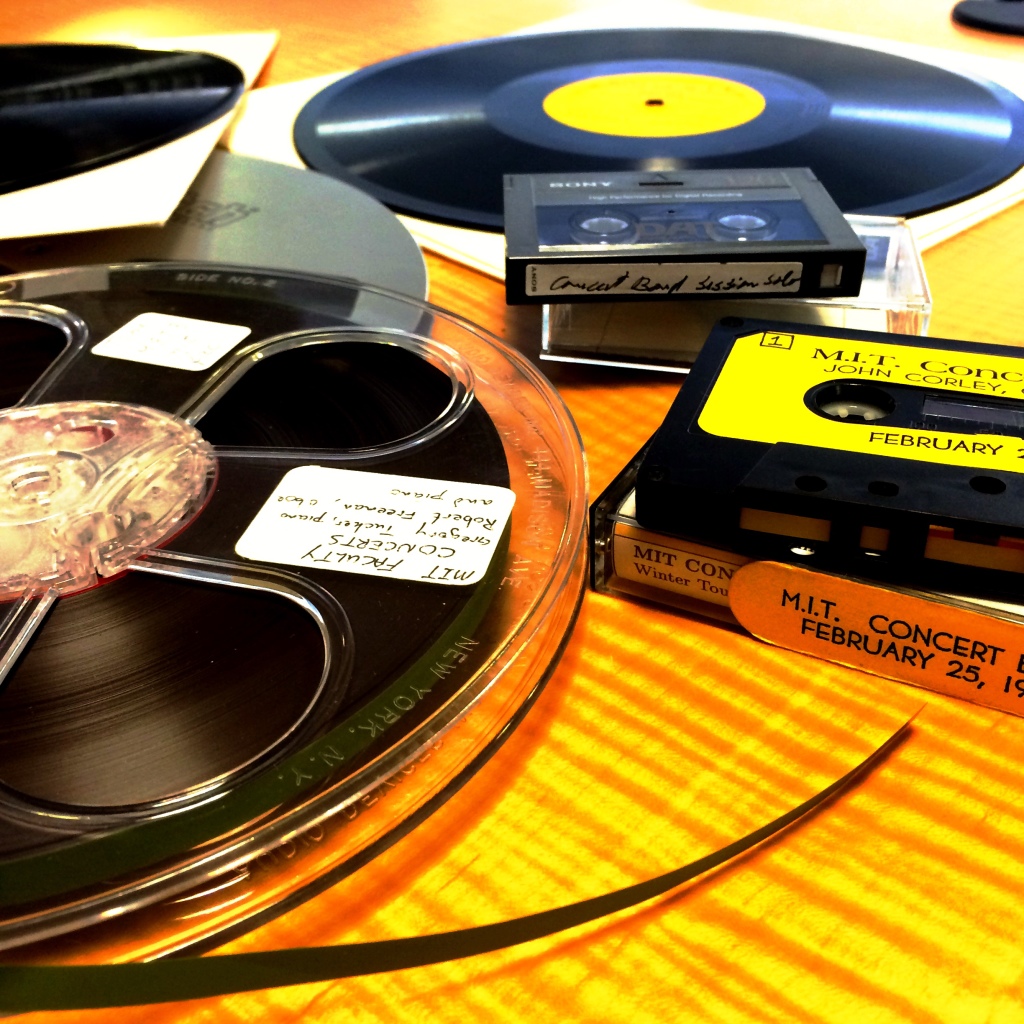 The Day the Music Didn’t Die: Saving MIT’s Analog Music Sound Recordings
The MIT Libraries own approximately 2,000 uncataloged analog sound recordings that document MIT music history. Many of these recordings consist of reel-to-reel and audiocassette tapes. Through a private donor, a digital audio initiatives project was established in July, 2013 to save these music recordings. A Project Assistant was hired, and the Lewis Music Library along with the Institute Archives and Special Collections assembled a digital audio team with the goal to inventory, digitize, preserve, and facilitate access to these materials. In September 2014, an IMLS grant-funded National Digital Stewardship Residency (NDSR) Resident joined this team to focus primarily on digital audio preservation, and to develop a detailed life cycle workflow for the preservation of all digital audio content. This team also evaluated suitable options for an access platform, including the Avalon Media System. While progress continues, there will be additional challenges concerning future aspects of the project. This talk will examine the work from inception to its current phase, while providing advice to other music libraries with similar sound recording backlogs.

Composer: Eugenie Göring (1860-1947)
In 2001 a box of manuscripts was found in an old Vermont barn. The composer was Eugenie Göring (1860-1947), a relative of Hermann Göring. Between WWI and WWII she traveled frequently between Europe and the US with a music friend Dr. Marion Horton. In London Göring studied with Eugenie Schumann, Robert & Clara’s youngest child. Through Schumann’s partner, Marie Fillunger, Göring met the Barvarian Princess Elisabeth of Hohenlohe to whom she dedicated her major work Weihnactsspeil. Meanwhile in Vermont Göring was kept under surveillance as she lived with Dr. Horton and her companion Anna Benedict.

In 2014 I was given the box of manuscripts by the property owner, a friend, who contacted me in my role as Senior Move Manager and he didn’t know about my past career as music librarian. I remembered the 2001 MLA-L inquiry that the then Middlebury College librarian had posted to collective wisdom about Göring but to no avail. This fascinating puzzle of who was Göring and why was she in Windsor VT has been a challenge to put together.

Alice and Virginia recently did a program in the town of Windsor VT, where the manuscripts were found (Cable TV link):
http://woa-tv.org/site/2014/12/02/the-life-and-music-of-eugenie-goring/

And this is  the article link:Eugenie Göring: A German Composer in Vermont during World War II

Jim Beloff — Finding a ukulele at the Pasadena Rose Bowl Flea Market in 1992 inspired Liz & Jim Beloff to start Flea Market Music, Inc., publisher of the popular Jumpin’ Jim’s series of ukulele songbooks, including The Daily Ukulele, and The Daily Ukulele Leap Year Edition. He is also an active songwriter who has written songs and recorded with ukulele legends, Herb Ohta (Ohta-San) and Lyle Ritz. Jim is the author of The Ukulele—A Visual History (1997 Backbeat Books), producer of Legends of Ukulele, a CD compilation for Rhino Records, and has made three how-to-play DVDs for Homespun Tapes, The Joy of Uke  #1 and #2 and Jumpin’ Jim’s Ukulele Workshop. He has just released a two CD set of all new recordings of 33 songs, Dreams I Left in Pockets.

Liz Maihock Beloff, with a background in film and television graphics, designs the covers and art-directs all of FMM’s songbooks, CDs and DVDs. Having been weaned on “The Lawrence Welk Show” in her Midwestern early childhood, she has a remarkable recall of American popular music. She is also a talented singer who, before teaming up with Jim, sang with a cappella groups in college and New York City.

Stuart Fuchs is a renowned performer and teaching artist and had been called “a modern day pied piper”. His friendly, easy going and humorous stage presence and expertise on Guitar, Ukulele and Didjeridoo make his concerts a unique blend of virtuosity, heart, soul, and humor. He performs and teaches at Ukulele festivals across the USA and has earned an endorsement from Kala Ukuleles. As a guitarist, Stuart has performed internationally and appeared on radio & television. He has arranged and performed the music of jazz guitar legend Django Reinhardt for symphonic orchestras with his award winning acoustic gypsy jazz band “Babik”. Stuart was recently awarded a grant from the National Endowment for the Arts to continue his work as a musician bringing healing music to cancer patients, their families and hospital staff.

Rob Bethel — Since receiving a Bachelor of Music in cello performance from Ohio State University in 1986, Robert Bethel has led an active and varied musical life, studying privately with William Conable, David Darling, Einar Holm, and in master classes with Margaret Rowell, Carter Brey, Mick Carrera, Myles Jordan, and David Clampitt. After returning to the Boston area, he has performed with the Lexington Sinfonietta and many other area orchestras. Recent recordings have included Forrest Larson’s Solitary Motion for solo cello and Jobe’s Riverrun for string quartet.

Afternoon Session Speakers
Catherine Gallivan is the Projects Assistant at the MIT Lewis Music Library, where she works to inventory the audio and video recordings of MIT musicperformances held by the MIT Libraries.  She received her Bachelors of Music from Berklee College of Music and her Diploma in Advanced Piano Technology from North Bennet Street School.  When not working on digitization projects, Gallivan tunes pianos to equal temperament throughout the Greater Boston area.
Peter Munstedt is the Music Librarian at MIT, a position he has held since 1992.  He has conducted editorial work for various publications, including the ARSC Journal, Music Reference Services Quarterly, and MLA’s Basic Manual Series.  In 2012, he authored Money for the Asking: Fundraising in Music Libraries, a book in the Basic Manual Series. Peter also served as Chair of NEMLA.
Tricia Patterson is the National Digital Stewardship Resident at MIT Libraries and a recent MSLIS graduate from Simmons College. While at Simmons she focused on digital preservation, working as an editorial assistant for Preservation, Digital Technology & Culture and as a program facilitator for the Simmons’ Digital Stewardship Certificate. She has worked at several other Boston-area institutions and repositories, such as Harvard University, Boston Athenæum, and the JFK Library, honing her interest in digital preservation.

Alice Abraham was the Music Librarian for twenty years at the WGBH Educational Foundation in Boston. In 2012, Alice started her business A Tempo Senior Move LLC in Jamaica, Vermont, serving clients throughout New England with downsizing, planning for a move, or modifying a current home to age in place. In her role as a senior move manager, Alice received the box of Göring’s manuscripts from a Windsor friend who did not know that her past career was as a music librarian.

Alice assisted in  the research for Virginia Eskin’s First Ladies of Music radio series, which was internationally distributed by WFMT in Chicago in 2007. This 13-part series explored the history of women in music, compared styles between men and women, and pondered the reasons for women who compose or perform did not universally receive attention, acceptance or encouragement.

Virginia Eskin is an extremely versatile solo pianist, chamber player and lecturer, known for both standard classical repertoire and ragtime, and is a long-time champion of the works of American and European women composers. She has taught and given lectures at colleges and universities throughout the United States and Europe, including New England Conservatory, Boston University, Brandeis, Harvard, Northeastern, American College of Greece (Athens), and the International Institute (Madrid).

Parking and Directions to Smith College

Parking at Smith is free. You must display permitGuest Parking Permit NE Music Library Association
and should park in white lined spaces in the garage (or, in any white lined space in a campus parking lot).

March 20 is the Friday of the second week of spring break, so class is not in session. But offices are still open, functioning, etc. And there are people on campus.

Please use the Carpool and/or Roommate google doc we have set up. Note all info. from doc  will be deleted after meeting.

Northampton has plenty of restaurants, so it should be fun! Here is a partial list, and more can be found through Yelp or Urbanspoon.

List compiled by Anne Adams with help from Marlene Wong.

The New England Chapter of the Music Library Association